What is an international school? 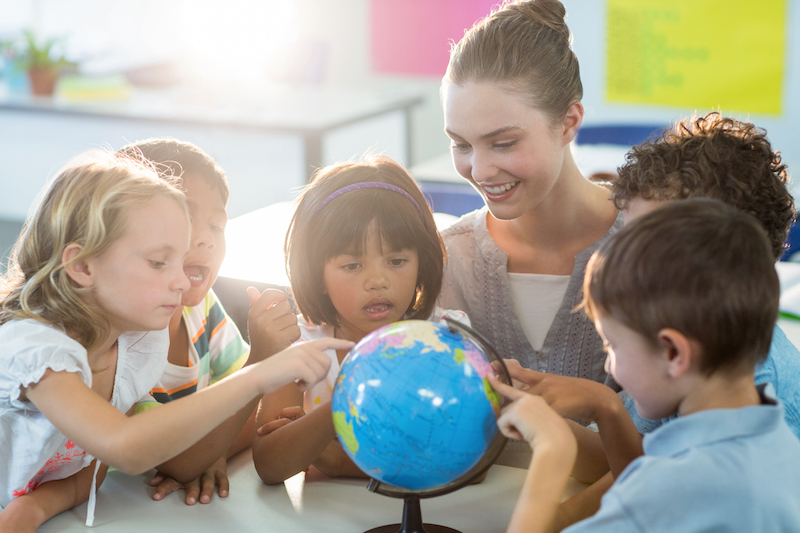 George Walker, former director general of the International Baccalaureate, explores what it means for a school to be truly 'international'...

That shouldn’t be too difficult to answer. After all, we can describe with some confidence a drama school or a Montessori school or a grammar school so why not an international school? However, as we shall soon realise, there are so many different elements to consider – the origin of its students, the experience of its teachers, its international accreditation, its choice of programmes – that the use of the term ‘international’ in a school’s title often tells us little about the actual experience it is offering to its students.

But let us begin at the beginning and that means going back to 1924 when, quite coincidentally, the world’s first two schools to use the term ‘international’ opened their doors. The first was in Geneva, the second, just a few weeks later, was on the other side of the world in Yokohama. Yes: there had been earlier experiments with international education but they were insubstantial and short-lived. The International Schools of Geneva and Yokohama grew rapidly from very small beginnings (eight and six students respectively!) and they are both thriving today.

An international community faces a challenge in educating its children but those early pioneers in Switzerland and Japan seized the opportunity to create something new, something different, an education that treated the international mix of students as a welcome resource rather than an administrative burden. In Yokohama the motivation was international trade; in Geneva it was the search for world peace under the aegis of the League of Nations. From its earliest days, international education has balanced the pragmatic and the visionary and the mission statements of most international schools contain a commitment to ‘making the world a better place’.

The rapid growth of international trade and diplomacy after the Second World War produced a corresponding increase in the number of international schools. In 1949 a conference for the principals of international schools attracted just 15 participants; twenty years later an experienced researcher identified 372 international schools, many of them struggling to provide programmes of education that prepared their students for re-entry to different universities back home. There was an urgent need for a single, international diploma that could replace national qualifications and be recognised, indeed welcomed, by the world’s top universities. In 1968 the International Baccalaureate (IB) Diploma Programme was launched to achieve just that and since then the IB has created programmes for the complete age range of school-based students and currently works with more than 4,000 schools.

A picture of an international school is beginning to take shape:

– In many cases its learning is built around one or more of the IB’s programmes of international education or those of other international organisations such as Fieldwork Education and Cambridge International Examinations.

But already our description is running into trouble because in 1962 an international school opened in Wales that had no connection whatever with an expatriate community. This was Atlantic College, the first of the United World Colleges (UWC), which welcomed students on scholarships from around the world (including, astonishingly at the time, the Soviet Union and China). The development of Atlantic College was strongly influenced by the German educator Kurt Hahn and the College, in turn, strongly influenced the development of the IB in its early years, particularly through its impressive programme of community service. Today there are 17 UWCs around the world dedicated to deliver ‘a challenging and transformative educational experience to a diverse cross section of students, inspiring them to create a more peaceful and sustainable future’. Many would say that the UWCs represent the gold standard for international schools.

In 2012, a well-respected research organisation identified no fewer than 6,400 schools claiming to be ‘international’. The origin of this extraordinary growth lies in countries like China, India, Indonesia and the United Arab Emirates, countries that have a rapidly expanding middle class with sufficient wealth to buy an alternative to the indigenous schools. In many cases that alterative will be a so-called international school, usually staffed and led by well-qualified English-speaking professionals with international experience and provided by for-profit organizations like GEMS, Nord Anglia Education and Cognita. Education, particularly in English, has become big business and the term ‘international’ adds an extra shine to the brand. But what right have these newcomers to use the description ‘international’ when their students are largely drawn from the local community?

In the end, a school will be judged on the nature and quality of its students’ learning. If the students are engaged with a truly international curriculum then the other factors – the mix of nationalities, the background of their teachers, their authorisation by the IB, their accreditation by bodies like the Council of International Schools – all these other factors, highly desirable though they are, become of secondary importance

What then are the key components of an international school curriculum? That remains the contested subject of many books, articles and conferences but there is a strong consensus around the following:

– The capacity and the motivation to consider issues from a global as well as a national perspective; understanding and respecting other opinions; acquiring skills of negotiation and compromise.

– Cultural understanding based where possible upon direct contact (the ‘rubbing of shoulders’) but, if not, on indirect opportunities such as the study of international literature, art and drama.

– A language policy that includes support for the student’s mother tongue, for the school’s language(s) of instruction and encouragement to learn additional languages.

– Community service that relates the classroom experience to the realities of everyday life in societies that are becoming increasingly polarized economically and socially.

– Critical thinking skills that help the student to reflect on the nature of knowledge, its origins, reliability and on different criteria for truth.

The early pioneers in the field of international education used the expression ‘internationally-minded’ to describe their schools. It carried a multiple message suggesting a mind-set, the involvement of the head as well as the heart and the motivation to change. The qualities listed above are ‘taught’ rather than ‘caught’ and they provide the key to a successful international school.

George Walker was director general of the International Baccalaureate from 1999 to 2006. He is the author of Glimpses of Utopia: A lifetime's education, Challenges from a New World, To Educate the Nations, and Educating the Global Citizen, all available through John Catt.