​Widening choice and quality of provision 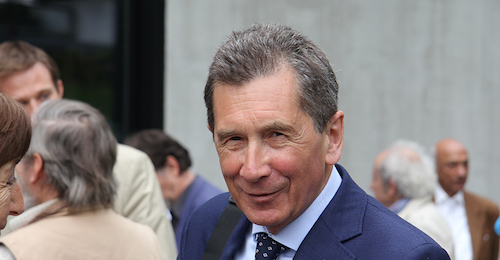 International schools come in many shapes and sizes. They offer educational experiences and programmes that differ markedly from each other and their graduates, at the end of secondary schooling, leave with different certificates and qualifications. This does not prevent all these schools, each in its own specific way, from being able to offer a distinctively international education.

Some schools may just offer some or all of the four programmes of the International Baccalaureate; others International GCSEs and A-levels; some may combine the two, maybe developing their own primary and lower secondary programmes and providing IGCSEs at 16 and the IB Diploma at 18; others may choose some of the other primary and secondary programmes available and, in addition, offer, as a choice, qualifications from the education system of the country in which they are located. Many different combinations are possible. All can legitimately claim to be offering an ‘international education’ as long as the school has a clear vision of what this means and ensures that its academic and co-curricular programmes work together to bring it about.

This diversity is a strength of the international school sector. It has two advantages. First, it creates a sector which gives parents and students a choice sometimes unavailable within national education systems and national independent schools. Second, it encourages comparison, reflection and debate among educators. Having been responsible for schools which offered most of the available options, I long ago came to the conclusion that there is no one route to a good education. All programmes have some strong features and few are without some weaknesses. In practice the success of any programme depends on the skill of the teachers applying it within a particular school to particular children and on their ability to create an environment in which children enjoy learning and can achieve their potential.

Within this diversity, however, what features should all good international schools have in common? In my view there are four main ones.

First, any school calling itself ‘international’, or offering an ‘international education’ even if it does not use the name ‘international school’, should be clear how it is using the word ‘international’ and what this means in practice in terms of the student’s experience. The international schools movement began, in the aftermath of the last century’s two world wars, for two reasons. One was pragmatic: to provide a high quality education for the children of the growing number of professional people living in expatriate communities in large cities around the world. The other was ideological: to enable children to grow up learning about the world outside the borders of their own country, practising how to live harmoniously with others, and developing a commitment, in whatever modest ways that were available to them, to make the world a better and more peaceful place.

This ideological element still remains at the heart of any education that can genuinely call itself ‘international’. Children need to learn about other parts of the world, global issues and global interdependence, and to develop a sense of responsibility towards, and shared humanity with, the other inhabitants of the planet. This is not about replacing national citizenship with global citizenship, promoting ‘politically correct’ views on controversial issues, or offering unlimited respect to attitudes and behaviours that are not worthy of respect. It is about getting students, in ways appropriate to their age, to become well-informed, to think rationally and ethically and to make up their own minds on issues that our going to affect their world. Many of the issues facing people growing up today transcend national borders and are tough and intractable. A good international education should enable students to confront them with ‘an intelligent heart’.

Second, a good international education should widen young people’s horizons by enabling them to converse in other languages and by doing this get under the skin of other cultures and ways of thinking. Where children are learning at school in a language other than their mother tongue it is crucial that the latter is maintained. Where they are learning through their mother tongue it is equally important to develop at least one other language to as high a level as possible. Apart from anything else being fluent in two or more languages has cognitive advantages that are now well attested. Multilingual minds just tick over faster.

Third, for most of its history international education has been associated with a child-centred, enquiry-based way of learning. If children are to develop their own ideas and construct their own knowledge, and if we want them to carry on learning for its own sake, they need to be active learners not just passive recipients of what their teachers tell them. Some things obviously need to be taught and learned by heart, but the more children are involved in planning their own learning the more they are likely to carry on doing so.

This kind of learning, which perhaps reaches its purest form in the International Baccalaureate’s Primary Years Programme, requires high levels of skill on the part of the teacher, but the evidence suggests that it can achieve impressive results. Enquiry-based learning is greatly facilitated by all the innovative technologies now being introduced into schools. How best to use these requires similarly high levels of teacher skill to ensure they are used to best effect without negative opportunity costs.

The future looks good for international schools. The International Schools Consultancy Group (ISC) has predicted, based on current trends, that by 2024 there will be as many as 12,000 international schools, educating 6.9 million students, with 80% of these being ‘locals’ rather than expatriates. This burgeoning of the international education sector, and the widening of choice it entails, augurs well for parents and students.

Dr Nicholas Tate CBE was Director-General of The International School of Geneva from 2003-2011 and Governor of the International Baccalaureate 2009-2015. His new book, What Is Education For?, is available now from John Catt.