The advantages of A Levels 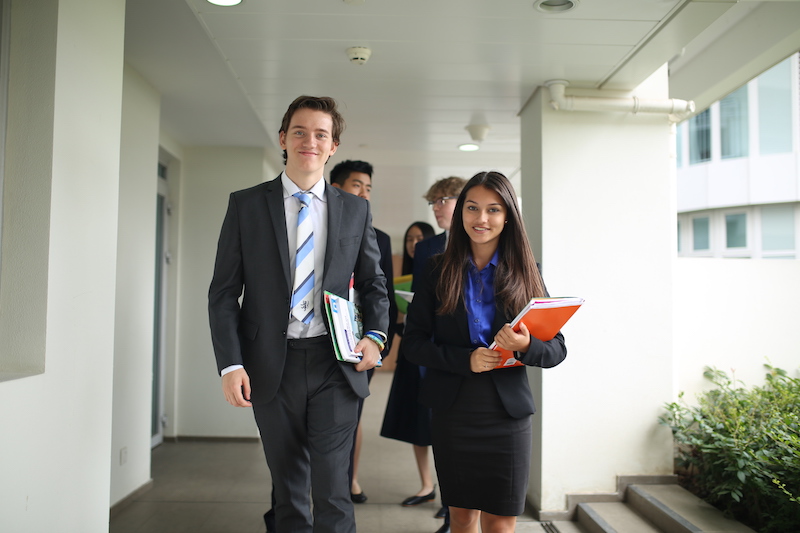 Head of Sixth Form Mark Batten explains the choice that Harrow International School Shanghai made for its pupils...

Harrow Shanghai opened its Sixth Form in August 2017. ‘Sixth Form’ is the name given to Years 12 and 13 in the British education system. Sixth Form pupils at Harrow study a two-year A Level programme. As Head of the Sixth Form I am often asked about my opinion regarding the choice between A Level and the IB and why Harrow has opted for A Levels, when so many other schools in Shanghai are offering the IB.

The principal advantage of A Levels is the freedom of choice that they offer. Most pupils study three A Level subjects and there are no specific requirements for which subjects a pupil should study. A Levels allow pupils considerable freedom to specialise in the subjects that really interest them and which are more closely related to the course that they might aspire to study at university. Certain subject combinations, such as Maths, Further Maths, combined with a science subject, are also more easily achieved through an A Level programme. A Levels also allow for the study of all three sciences. For pupils who aren’t quite so sure about their future plans, A Levels still give them the option of maintaining a breadth of subjects, such as studying a humanities subject, combined with Maths, a science subject or a language.

Focusing on three subjects at A Level, as opposed to the six studied at IB, gives teachers considerably more time to explore a subject in real depth. At Harrow, A Level pupils also benefit from several study periods each week, where they can complete reading and research tasks. This helps to prepare them for future study at university, where learning is more self-directed.

Entry to British universities is administered through the Universities and Colleges Admissions Service (known as UCAS). UCAS converts A Level grades into points. The higher the grades, the greater the number of points a pupil will be awarded. Depending on the course, a university may also require a pupil to have studied a certain combination of A Levels and require pupils to achieve specific grades in certain subjects to be considered for admission. A Levels still remain the qualifications that the vast majority of young people in the UK use to gain entry to university. It is also worth remembering that most teachers at British schools in Shanghai, studied A Levels themselves.

A typical university requirement to study a competitive subject, such as Medicine, might be A*, A, A, to a pupil studying A Levels, or a combined total 40 points for a pupil studying the IB. It can be debated as to which pupil, if any, has the advantage. This would require the IB pupil to get at least a 6 in most of their subjects. I would suggest that the pupil who is specialising in only three A Level subjects, particularly ones that interest them, will be at an advantage.

A Levels are recognised by universities all over the world, including those in America, Hong Kong, Australia, New Zealand. However, a frequent misconception is that A Levels are somehow perceived as a ‘weaker’ qualification by some universities, particularly in America. This is not true. The US-UK Fulbright Commission publishes a table on their website to help potential applicants average their A Level qualifications into a grade point average (GPA). From that table, it can be clearly seen that an A* grade at A Level is the equivalent of a 4.0 GPA scale, which is the highest point on the scale. Pupils from other Harrow International Schools, who also study A Levels, regularly gain places at top universities around the word. Around 30% of pupils from Harrow UK, which also offers A Levels, go on to study at universities in the US.

I often tell Sixth Form pupils that the principal challenge of the final two years of their school career is learning how to make choices and follow them through with determination. The choices that pupils will make during their Sixth Form years will, in many cases, determine the course of their adult life. There are certainly no easy answers and the debate will undoubtedly continue. A qualification, such as A Levels, that gives pupils the freedom to specialize, has advantages that cannot easily be dismissed.

To conclude, Harrow has chosen A Levels because we believe that the programme of study should be tailored individually to each pupil, rather than moulding the pupil to fit the qualification. For further details please contact admissions@harrowshanghai.cn