Re-evaluating the importance of being playful 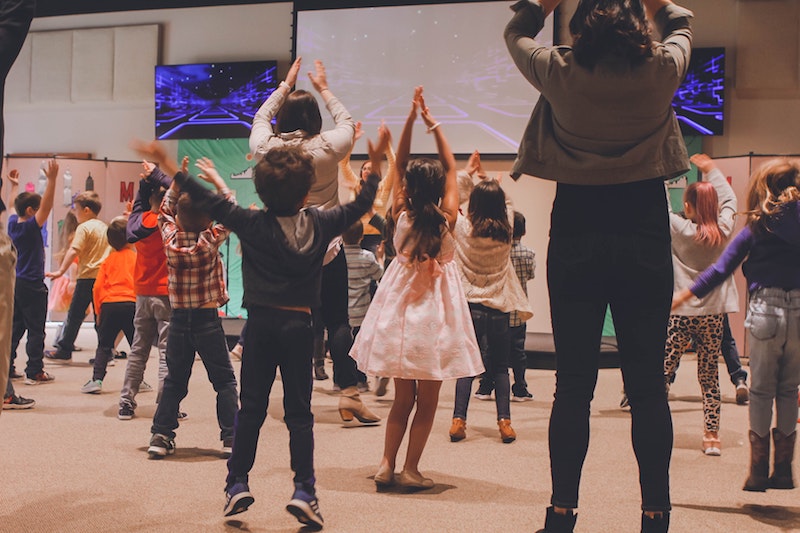 Playtime has long been important for child development, but what if we said students of all ages could benefit from a bit more play?

When did we decide that playing was reserved only for infants? Society would have us believe that life must get more serious as we age, because playtime doesn’t make the world progress the way that work does. Yet playing necessitates and develops creativity, the essential 21st century skill.

Perhaps then, this is where we should say ‘society has got it wrong’.

If International Baccalaureate (IB) students are to incorporate the various elements of the IB learner profile, such as risk-taking and inquisitiveness, into their everyday behavior, perhaps they would benefit by relinquishing themselves to play. Did you ever think that there could be more value to play than helping to pass the time? When we drew other children into our make-believe worlds as kids, what were we doing? Being leaders, working in a team! When we drew ships and airplanes to replace a holiday spent at home, we were being creative and ingenious.

Fortunately, we at Haut-Lac International Bilingual School are not the only ones re-evaluating the importance of being playful. The World Economic Forum is embracing it too, claiming that playtime could be the thing that differentiates us form machines in the workplace thanks to our most human of assets – our imagination.

A story about the past, playtime and the future

History is the proof that playtime can spur immense productivity, and writer Steven Johnson has discovered many of the modern technologies we now take for granted that have origins in pleasure and amusement. Many are explored in his book Wonderland: How Play Made the Modern World, but some are more surprising than you may think.

The first thing to spark the ingenious mind of young Charles Babbage, the father of our early computers, was a mechanized doll he was shown by a prolific automaton tinkerer. So taken was he by the toy and the movement that gave it a life of its own that he set his mind to understanding automation, eventually developing two machines which are considered our earliest computers. Now who can imagine our world without them?

Dice games probably hover near the top of the list of the world’s oldest pastimes.

The addictive and risky nature of betting on the various outcomes of each roll got the Italian Girolamo Cardano thinking. Thanks to his fascination with dice, he worked out the fundamental principles of probability theory, without which we would not have been able to design airplanes or develop clinical drug trials, among other uses.

3. Piano and the typewriter

What would modern music be without the works of genius pianists like Mozart and Bach? And without pianos themselves? Mankind has had a historic affinity with music and playing instruments, though for a long time it proved to provide no benefit but pleasure. In this case, had the Romans not enjoyed music so, they may never have developed the water-powered organs that were the early origins of the pianoforte and the piano.

In turn, piano playing was the springboard towards the creation of another great invention, the typewriter. Having derived great pleasure from tapping the keys of the piano, it was inevitable that someone would wonder what it might be like to use that motion to write text. This lead to the birth of the typewriter, an invention that is indispensable to the way we live today.

These are only a few notable examples, yet they are enough to make us ask ourselves – why should we discourage students from playing as they age, when it has the power to stimulate their imaginations and channel their creativity into great projects?

‘Soft skills’ are a buzzword nowadays, encompassing all the skills that will be valuable to our children in the future. Playtime is a way to develop many of those abilities naturally and may be the best means of developing our under-stimulated imaginations. As Neville Scarfe, author of The Scarfe Papers and Play is Education, said, “all play is associated with intense thought activity and rapid intellectual growth”. In more basic terms, playing is an excellent way to increase our own productivity and stimulate our brains.

If playing was essential to the inventors and great minds of the past, then perhaps it is time to bring it back, and not just for infants. Let’s celebrate the fun, creative side of ourselves that makes humans human, setting us apart from the machines.