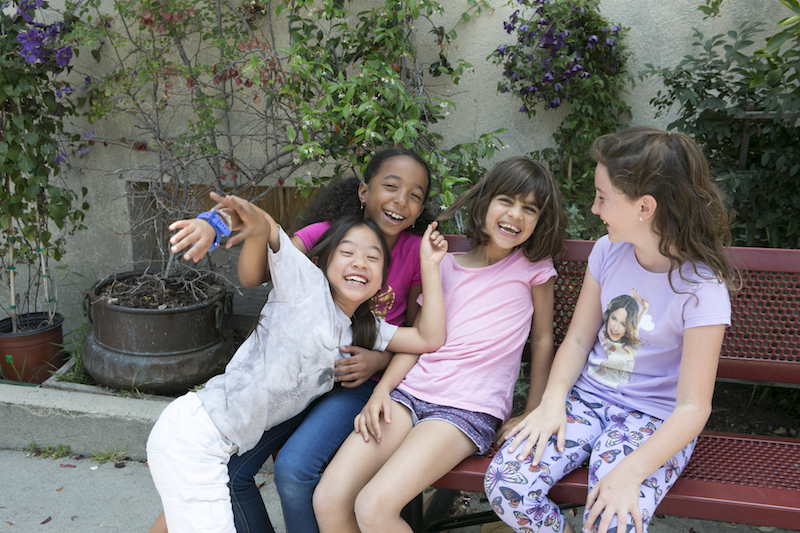 Michael Maniska, Head of School at the International School of Los Angeles, and Jennifer Bealmear, Digital & Content Marketing Manager, look at the benefits of bilingual learning...

Merriam-Webster defines bi•lin•gual•ism as “the ability to speak two languages.” In a world in which it is estimated that over half of the population speaks more than one language, educators might consider this definition a sufficient reason to introduce bilingual learning; to ensure that our students are at least on par with a majority of other children across the globe. International schools can attest that the bilingual experience produces discernible benefits. The ability to listen, speak, read, and write in another language is the most obvious of these, and possibly the easiest to identify and measure. But bilingualism is so much more than that. From different types, to varying models, to numerous implementation methods, to wide-ranging benefits, bilingualism goes far beyond just the skill of speaking two languages. In fact, it is perhaps this precise transcendence of straightforward language capacities that makes a bilingual education an indispensable tool within the setting of an international school.

According to Judith Kroll, a Distinguished Professor at the University of California, Riverside, “In the last 20 years or so, there’s been a virtual explosion of research on bilingualism.” Through this, the tangible benefits of bilingualism and bilingual education have become increasingly clear. One easily measured advantage of learning a second tongue is students’ academic achievement. It has been found that students who study a foreign language often perform better on standardized tests than their monolingual peers. The 2007 College-bound Seniors Report published by the College Board, the administering body of the SAT, confirms that students who have studied a foreign language score an average of 140 points (out of 800 possible) higher in each section than those who have not. This provides strong evidence of the concrete learning advantages of teaching a foreign language.

Study after study continues to demonstrate that, benefiting from improved executive function, bilingual or multilingual students not only frequently outperform but also cognitively outstrip their monolingual counterparts on a consistent basis. Antonella Sorace, an experimental linguist and current Professor of Developmental Linguistics at the University of Edinburgh, explains, “[Bilinguals] can pay focused attention without being distracted and also improve in the ability to switch from one task to another.” In an increasingly complex and connected world with an overwhelming number of distractions, the ability to perform multiple tasks at once while remaining focused will undoubtedly play a role in our students’ future success.

While the enhanced functioning of the brain that arises through the transfer of skills from one language to another is an important benefit that can be quantitatively assessed, the outcomes of bilingual education that are more qualitative in nature are conceivably of more interest within international education. As educators at international schools who purport to be priming students for global citizenship, an integral part of our programs is unquestionably to multiply students’ capacity to understand the world.

In today’s already globalized environment, we must endeavor to equip students with the ability to communicate with diverse groups and with a strong intercultural capacity. There is no better platform for these competencies than bilingualism. The former is de facto attained through the fundamental definition of bilingualism, that is “the ability to speak two languages,” which provides students a channel through which they may connect and converse with a greater number of individuals throughout the world. The latter fundamentally stems from, and is fostered through, a shared mode of communication. What better way to begin to understand another culture than by first knowing the language?

As the International Baccalaureate sets forth in its What is an IB education? guide, “learning to communicate in a variety of ways in more than one language is fundamental to the development of intercultural understanding.” By learning how values, beliefs, and conventions are conveyed in other tongues, bilingual students develop the facility to recognize that meaning is constructed through language. Syntax and semantics are no longer simply tools used to achieve a good grade on a research paper, and instead transform into vehicles for deconstructing how other people think. Bilingual students implicitly grasp that not everyone thinks the same way and, as stated in the IB mission statement, “understand that other people, with their differences, can also be right.”

The deepest and most powerful trait of the bilingual learner is openness to others. Students who study more than one language are endowed with increased empathy, nuanced worldviews, and fewer preconceived ideas. Rather than drawing one-dimensional conclusions, bilingual students process information deeply to arrive at multi-faceted perspectives. In times charged with world-wide conflict, this capacity to comprehend and appreciate the viewpoints of others is an undeniable stepping stone to our students’ future global success.

Developing the leaders of tomorrow calls for nurturing citizens of the world today. This can only be achieved through a truly international education, an imperative component of which is a rigorous bilingual curriculum. Bilingualism in its basic meaning is an obvious fruit of such edification; yet it is the type of thinkers that a bilingual and intercultural education creates that makes the difference. As Gigi Luk, an Associate Professor of Education at Harvard, asserts, “bilingualism is an experience that shapes our brain for a lifetime.” This is at the heart of what we do.