The importance of home language maintenance for students 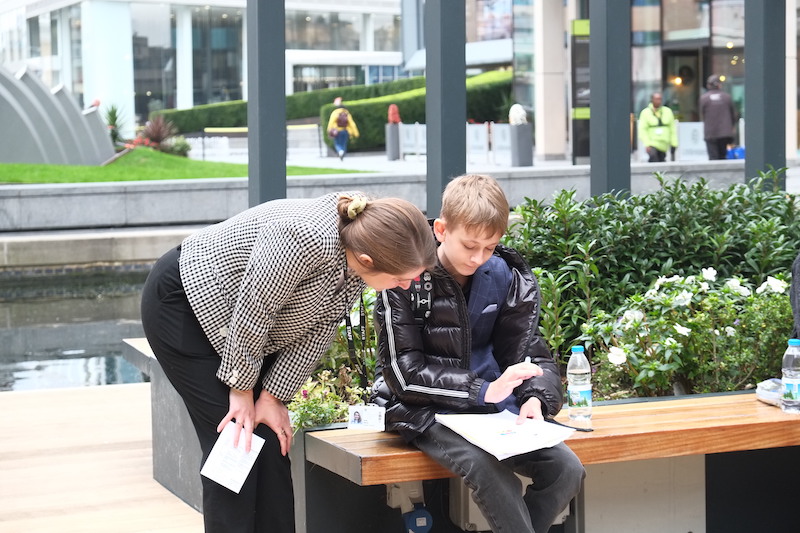 A home language is the language, or languages, that families use for most interactions at home. Andie Warner, Head of Languages Faculty and English Language and English Literature Teacher at ICS London, discusses why maintaining and developing students’ home language(s) is important for many reasons such as culture and identity, cognitive benefits and learning other languages.

WHAT IS A HOME LANGUAGE?

A home language is the language, or languages, that families use for most interactions at home. Many students speak multiple languages at home (especially as a large number of them identify as Third Culture Kids) and may use different languages to communicate with a variety of family members and friends.

WHY IS IT IMPORTANT TO MAINTAIN HOME LANGUAGE(S)?

Maintaining and developing students’ home language(s) is important for so many reasons. Here are just a few:

● Culture and identity - Just as food, traditions, and landmarks tell us about the culture of a group of people, so does language. We can see many examples of this evident in the languages of our school community - from the levels of formality in French and Spanish which tell us about the importance of respect, to the multitude of idioms about family in Mandarin, from which we can see the value of familial ties - when students maintain their home language, they also maintain a connection to the values of their home country or countries.

● Cognitive benefits - The Head Start Foundation has conducted a review of studies about bilingual learners and found that students who speak multiple languages are more able to solve word and maths problems with ease (Zelasko and Antunez, 2000) and make decisions, focus their attention, and remember important information (Bialystok, 2001) - all key aspects of being an IB student!

● Learning other languages - Having a strong foundation in one language has been shown to make the attainment of a second (or third, or fourth) much easier (Jessner, 2008).

● Future opportunities - If a student maintains a working understanding of their home language, it allows them to communicate with many more people! Though more than one billion people around the world speak English as a home or additional language, by maintaining their proficiency in Arabic or Hindi, a student would be able to communicate with a further 300+ million people. Multilingualism is already valued by many employers, but is certain to become even more of an asset in the future.

HOW DO WE DO IT AT SCHOOL?

Part of the vision statement of the IB revolves around developing world citizens, and as part of that, we strongly encourage students to maintain and develop their skills in their home language. We believe that all language acquisition should be additive rather than subtractive, meaning that we never want to develop one language in detriment to another, but rather add new knowledge on top of what the students already have.

As part of the IB, students are required to study an additional language at school throughout their education, meaning that students will have the choice of at least two languages to study. Schools can open up options to Diploma Program students even further by helping students to find tutors to support them in Student Support Self Taught (SSST) of Language A in their home language.

In the spirit of inclusivity, teachers must make sure that in their classes students speak English or the target language. However, while at break or at lunch, students can be encouraged to speak their home language with their peers who may share it (so long as they are not excluding anyone who does not speak the same language).

You can also hold events throughout the year in which students have the opportunity to take on leadership roles and teach their peers about their language and culture, such as International Day, Languages Day, and International Mother Language Day.

HOW CAN YOU DO IT AT HOME?

There are many ways you can encourage your children to not only maintain but develop their knowledge of their home language(s). When doing so, it is important to consider the development of all four language skills - speaking, listening, reading, and writing.

Speaking and listening are likely the easiest and most thought of components when it comes to home language maintenance. Encourage your children to speak to you, their siblings, and other family members and friends in their home language. Once they get in the habit of it, it becomes part of their routine.

You can also encourage your children’s listening skills by watching or listening to music, television shows, or movies in your home language. Not only is this a nice way to spend time together, but also to maintain a strong connection to cultural elements of the language.

I recommend that students read one book in their home language for every two or three that they read in English outside of lessons. The London library system has a plethora available for children of all ages!

I know that receiving a letter or email from a loved one is often the highlight of my week! By encouraging children to write to friends and family members in their home language, they are not only developing their language skills but also maintaining important relationships.

As a language teacher and a social justice educator, I’m so excited each year to pour over class lists and see the names of dozens of countries represented - Italy, Lebanon, America, Turkey, Japan, Sweden, just to name a few.

As an English language and literature teacher, I have had the privilege of watching many of my students develop their English language skills immensely in our time together - and have been lucky to have had many heartfelt conversations with students over my career that would not have been possible just a few short months previously without the dedication of our language teachers and our students alike.

Head Start (2021). The benefits of being bilingual. The National Center on Cultural and Linguistic Responsiveness. Retrieved from https://eclkc.ohs.acf.hhs.gov/sites/default/files/...