Learning on an international scale 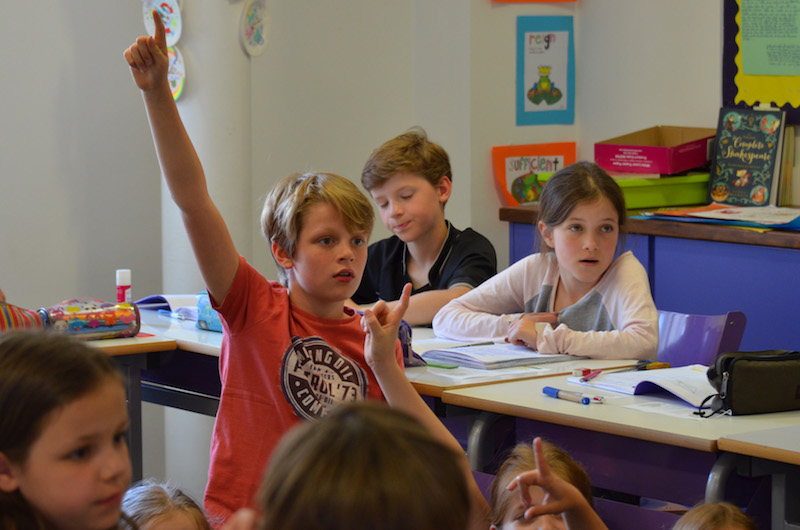 EIFA teaches in French and English, and educates from everywhere else.

You get a sense of EIFA’s – a French-English bilingual school for pupils aged 21 months to 18 – internationality before you even arrive there.

Located in the heart of London, EIFA is a place that boasts representation of over 40 nationalities, all of whom bring something special and unique to the school.

Although EIFA has a wealth of attributes, at its heart it is a bilingual school: ‘One of the things that makes us really different from other schools is that we start with the bilingual programme at nursery,’ says Françoise Zurbach, EIFA’s Head of School.

The classes – which in the primary school follow the French curriculum and in the senior school, pupils can elect to study either the diplôme national du brevet (the national French diploma), the IGCSE or a combination of the two – are taught in both French and English, providing a full immersion in bilingualism. If a pupil needs additional teaching in either language, ‘English as Additional Language’ or ‘Français Langue Etrangère’ are offered until they reach the necessary linguistic standard. The influence of dual nations goes beyond the spoken word at EIFA: ‘We take the best of both worlds,’ explains Stéphane Kuhn, Deputy Head. ‘We use the rigour of the French curriculum, but the standards, knowledge and skills are applied using the British methods, also teaching both British and French values.’

It is true that the emphasis of EIFA’s curriculum is English and French, but it is not limited to these European neighbours. With teachers from New Zealand, Australia, South Africa, Tanzania, Belgium, Switzerland and Canada, a wealthy range of teaching styles are adopted in the small classes (the largest class has just 18 pupils). Mr Kuhn continues, ‘Our teachers were all trained to teach differently, but we still expect high standards and consistency – in teaching and learning.’

As a relatively small school, the teaching staff can afford to give every resource possible to the pupils. Indeed, the teachers offer ‘booster classes’ after the timetabled school day, and, given the mix of IGCSE or Brevet-taking pupils, it is not unusual to find an art student, for example, having a one-to-one class in order to bolster their art IGCSE portfolio. Beyond acute academic assistance, in the senior school, every class has two form tutors whom they meet with every day to discuss topics such as internet safety, or what initiatives they can plan to help their chosen class charity.

There too are exciting things happening in EIFA’s imminent future. EIFA is pursuing authorisation as an IB World School and a candidate school for the International Baccalaureate (IB) Diploma Programme, which it has offered from September 2020. It also intends to cater for its new sixth-form by opening a new building. This expansion will see all three stages of the school – nursery, middle and senior – housed in their own building and comfortably within a five-minute radius of each other. EIFA also plans to become the leading hub on the benefits of bilingualism for children; EIFA already hosts talks and seminars, led by academics at top London universities and business leaders, who explain the benefits of giving your child a bilingual education.

A modern school where pupils seamlessly receive all the benefits of an international, individual, nurturing and all-inclusive education, EIFA children receive the best the world has to offer.