How engineering innovation is making Germany an attractive place to study 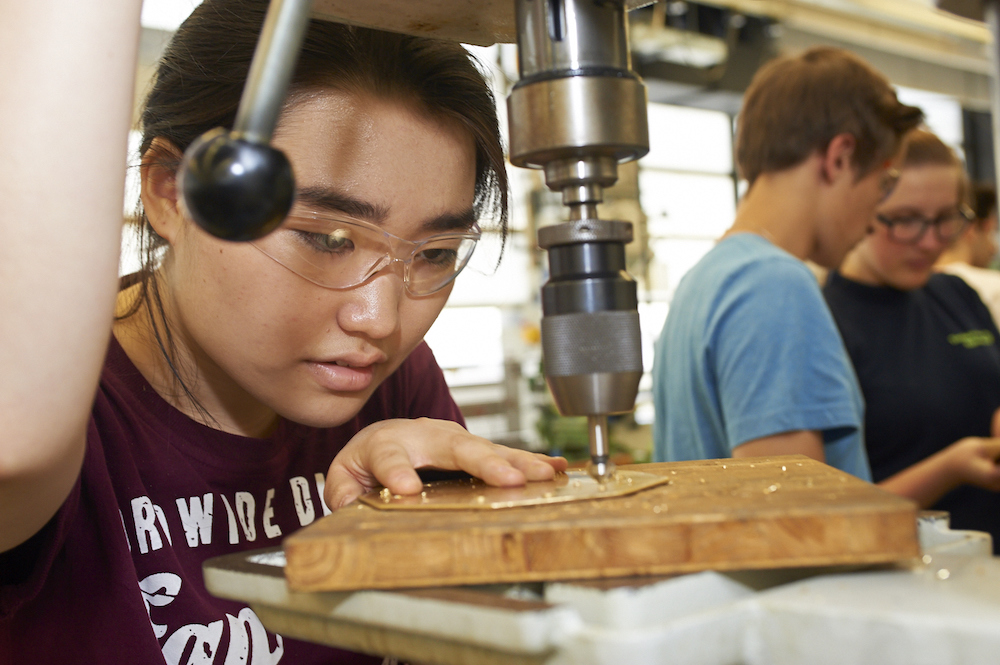 Germany is one of the most popular places of study for international students, despite the language being a major constraint. Its universities have particular strengths in natural sciences and mechanical engineering and about 80 German Nobel Prize winners are living proof, with six of them being awarded within the last ten years. Universities have a long tradition in Germany: the first was founded in Heidelberg in 1386. Universities in Munich, Berlin, Göttingen, Aachen, Tübingen or Dresden are known worldwide.

Made in Germany: high-end products

One of the reasons for the good reputation of Germany’s education system is the quality of German products. Germany is well-known for its manufacturing of high-end goods. Products associated with the mechanical and automotive engineering industries and those resulting from electrical and optical manufacturing processes are especially successful on the world market. Mechanical engineers from Germany have always had an excellent reputation and are highly in demand worldwide. ‘Made in Germany’ is a cachet and this is also because of the high numbers of exported goods.

The famous engineer Carl Benz achieved one of the first success stories in mechanical engineering. Benz was born in Karlsruhe, Germany, in 1844 and studied mechanical engineering at the Karlsruhe Institute of Technology – at that time the Polytechnical College. He envisioned concepts for a vehicle that would one day become the horseless carriage. Carl Benz applied for patents for the first internal combustion engine as well as the speed regulation system, the ignition using sparks with a battery, the spark plug, the carburetor, the clutch, the gear shift, and the water radiator. Benz also created the first commercial vehicle, the Model 3, an automobile with a four-stroke engine of his own design between the rear wheels. It was gasoline-powered, the power being transmitted by means of two roller chains to the rear axle with wooden wheels. Gottlieb Daimler, who contributed to changing the world by laying the foundation for the production of cars and developing the automobile, lived in the vicinity of Karlsruhe in his time, as well.

Germany is divided into 16 federal states of which Baden-Württemberg is the area with the highest innovation performance. This is mostly due to its technology regions of Karlsruhe and Stuttgart. Karlsruhe is one of the most dynamic high-tech areas in Europe – several companies such as Bosch, Siemens, Daimler, ABB, and Michelin have their production facilities there. Karlsruhe also hosts a large number of medium-sized businesses (95% of the engineering enterprises have less than 500 employees in Germany) in the areas of computer sciences, multimedia, control systems, energy technology, environmental sciences, and nanotechnology. Ten out of the 100 largest automotive suppliers have either their headquarters or one of their subsidiaries in nearby Karlsruhe.

A successful alliance of the best technology institutes in Germany is the TU9: RWTH Aachen University, TU Berlin, TU Darmstadt, Gottried Wilhelm Leibniz Universität Hannover, Karlsruhe Institute of Technology, TU München, TU Braunschweig, TU Dresden and the Universität Stuttgart. The TU9 universities lead the way in teaching: in Germany 51% of all engineers with a university degree have graduated from these institutions. Regarding Mechanical Engineering, the Karlsruhe Institute of Technology (KIT) was ranked 1st of all German universities in this field (Source: Wirtschafts Woche 26, page 68 ff. (2014); Scientific Papers for World Universities, http://nturanking.lis.ntu.edu.tw (2013/2014)). Currently, KIT is one of the largest research and teaching institutions in the world. This is due to the merger of the former University of Karlsruhe and the Karlsruhe Research Center into the Karlsruhe Institute of Technology in 2006. The university roots date back to 1825. More than 11,000 of the 24,000 students at KIT are enrolled in engineering sciences. Education and research focus on product planning, prototype development, and production. Research findings are used in the development of propulsion technology, machine tools or automobiles.

Mechanical engineering: international study programs in Germany
For most international students language is still the main constraint to study in Germany. Germany nevertheless is progressing in designing international study programs which are taught in English. The first Bachelor of Science Program in Mechanical Engineering was established in 1999 at the Karlsruhe Institute of Technology as its Mechanical Engineering College: The Carl Benz School of Engineering (CBS). It strives to offer the up to 50 students per class education and training in close cooperation with industry to nurture and prepare new leaders in engineering, development and production. Students and alumni come from over 45 countries. Majors are offered in Production Management, Energy Engineering, Railway Systems Technology and Automotive Engineering. An essential part of the three-year Bachelor program is the participation in two industrial internships. German classes, intercultural training as well as German Business Etiquette and application workshops prepare the international students for the German labor market. The unique concept comprises high-quality lectures by excellent professors of KIT combined with an individualized all-in-one service package, support, and mentoring in order to develop the professional profile of the students.