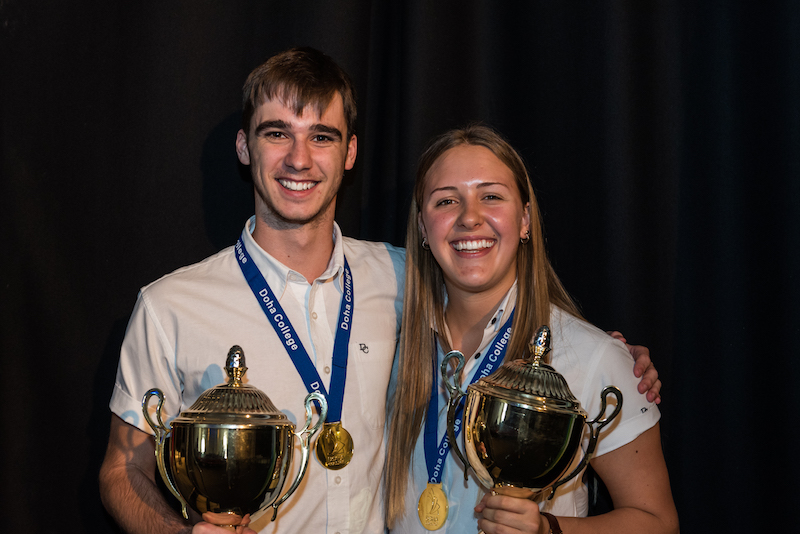 Doha College presented awards to its sporting stars of 2017 at its annual Sports Awards presentation that was also live streamed to parents unable to attend.

Twenty-five different sporting honours were awarded to over 250 students who had competed in over ten different sports and played in over 400 fixtures including two international sporting competition to Abu Dhabi and England.

The key award winners for 2017 were named as:

Year 13 student Alex Rowe was named Sportsman of the Year 2017. Alex has taken part in many sports while at Doha College and has regularly been chosen as captain as he has proven to be an excellent role model to other students.

Alex explained what winning this award meant to him: “It means so much to win such a prestigious award at Doha College. When I was in the younger years I saw other people winning the award and I'd always thought to myself I want to be in their shoes one day, - and I made it so I'm over the moon about it.”

Sportswoman of the Year 2017 was awarded to Ané Botha in recognition of the outstanding sportsmanship she has shown both on and off the sports field. Ané’s love of sports is evident both on land and in the water and was summed up with her comments after winning. “I am delighted that my passion for sports has been recognised, sport is a huge part of my life and helps me with my other studies.”

Ané was also chosen as the recipient of the Service to Sport 2017 Award which is presented to an individual who has shown complete commitment and dedication to the PE Department and to sport throughout the year.

Doha College Head of PE Gary Froud said: “Ané has demonstrated outstanding time management balancing her academic studies, her extra-curricular activities as well as supporting additional sporting clubs for the younger student. Not only is Ané an outstanding sportswoman, she is a natural leader and I hope she continues to inspire those around her in sport.”

The winning Female Team of the Year was awarded to the Under 19 Girls Netball Team who scored over 300 goals and achieved the double of winning both the QUESS league and the tournament against schools across the Qatar. The Netball team is made up of strong minded and competitive individuals who are focused on their sports. In fact, the team has won the QUESS league and the tournament for the last four years and have not lost a game since 2012.

The Male Team of The Year was awarded to the Under 19 Boys Football Team who were captained by Alex Rowe, Sportsman of the Year 2017. The team won both the QUESS league and the QUESS cup, and competed in 12 games scoring over 30 goals and winning 12 of their 12 matches.

"We are privileged to have some very talented sportsmen and women here at the college. Sports are a vital part of the Doha College community and our students celebrated here this evening and proof that enthusiasm and commitment to sport can be balanced with academic studies and in fact can benefit both. On behalf of the Doha College staff and students, I congratulate each and every winner on their achievements," said Gary Froud. 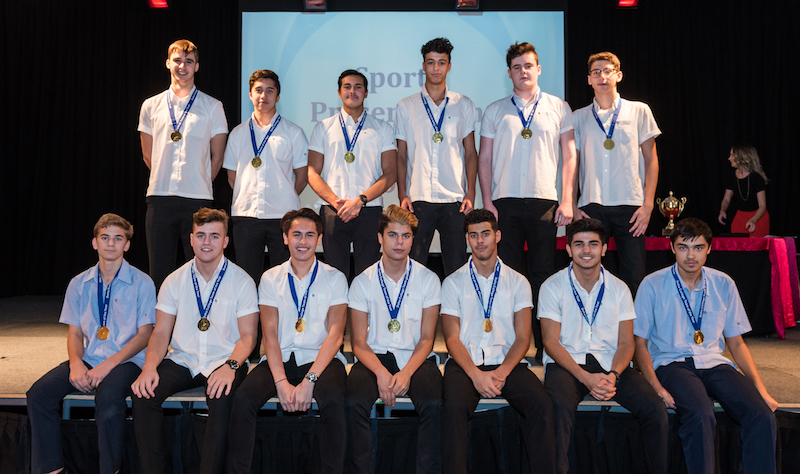