Bilingualism in young children: the path to otherness 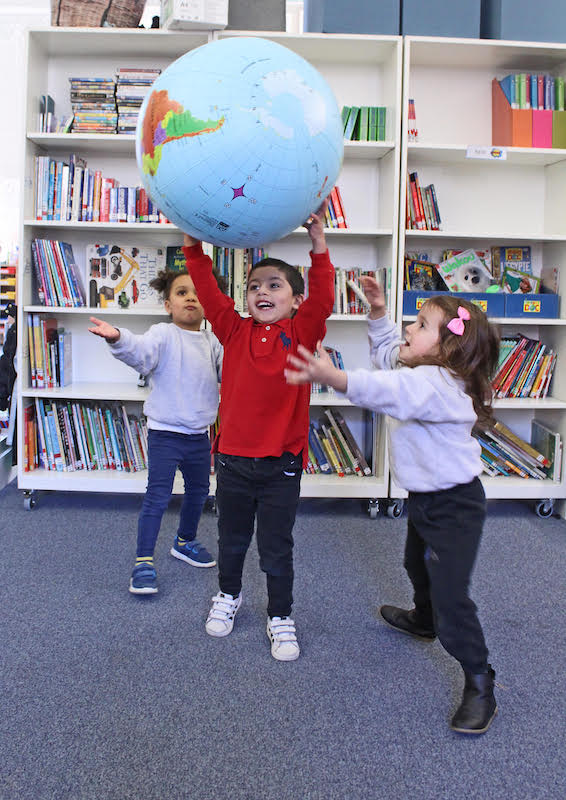 Françoise Zurbach, Head at EIFA International School, shares her thoughts on why bilingualism in young children is so beneficial.

When we established our school in 2013, we decided to welcome children from the age of 21 months in response to a high demand and, more importantly, because it aligned with our pedagogical choice to expose our pupils to two languages from an early age. Our experience with toddlers reinforced the idea that exposure to multiple languages promotes cognitive listening, social interactions, and adaptive skills in young children. In fact, we plan to extend the ages to even younger children, from 6 to 12 months old.

Numerous studies of very young children show that they are quite capable of differentiating the sounds of two or three different languages, if they are raised in a multilingual environment.

Babies’ mimicry and facial expressions change, depending on the language spoken to them. Their ear clearly distinguishes the sounds of different languages, which allows them to easily reproduce them when they start to speak, whatever the language. This ability fades as the children grow, as the ear gradually closes to sounds very different from those to which they are accustomed. This will not prevent them from being bilingual or trilingual, the accent having nothing to do with the ability to express themselves in several languages.

The benefits of bilingualism are no longer in need of demonstration: access to an expanded lexicon, the ability to perform several simultaneous actions, openness to different cultures and developing the notion of otherness.

When I meet parents, I am always interested in the language journey of the family: the languages spoken at home by the parents and the extended family, or by the nanny if there is one, and in previous learning establishments attended (creche, school, day-care centre), depending on the situation and the age of the child.

Some non-English speaking families choose to put their children in an English nursery for the first two years, only to find that their child no longer speaks their home language. They then turn to a bilingual establishment with a time parity for both languages. There are also many British families who want to see their children master a second language with ease, considering it a vital asset for their future.

French enjoys great ‘prestige’ among many international families who want their children to learn the language. They also consider the French academic programme to be more coherent and rigorous.

In nursery, children can be divided into two small groups and supervised by educators specialised in young dual language-speaking children. As such, they are ‘immersed’ in two languages on a daily basis. The organisation of workshops, materials and resources creates so many opportunities for children to express themselves, stimulated by their environment.

For example, if you set up a ‘farm animals’ workshop and the adult in charge speaks French, the little ones who are naturally attracted to this activity will want to play and interact with the adult and their peers. They will manipulate the animals and while speaking in the language that is familiar to them, they will assimilate the vocabulary and language expressions used by the adult or other children who speak a different language.

The same situation occurs for all fun and educational activities. Story reading time is a privileged moment for the development of language. When the children already know the story or the tale in their own language, they will focus more on the new vocabulary. Thus, learning is gradually taking place in a warm and safe environment that allows children to interact with adults and languages and gradually acquire a level of comfort in one language or the other, or even both.

From the Middle Section, languages can be alternated during the day. This is the time when learning becomes more structured, with work on sounds and writing. Language learning continues, with children participating in the construction of their knowledge, as they begin to distinguish and name differences between languages and become pupils.

Affections and emotions play a key role in motivating a child to learn a foreign language, that and the educational team's consideration of the language spoken by the child at home. Referring to that language as often as possible, involving parents as needed, promotes the learning of a second or third language. It is important to give an equivalent status to all languages, to value them and evoke them; they are constitutive of the identity and culture of children.

We learn every day about the benefits of bilingualism and multilingualism. Every child will follow his or her own path, to and from, but all have the ability to learn at least two languages, which is unquestionably a valuable asset, for their future development on both, the personal and professional levels.