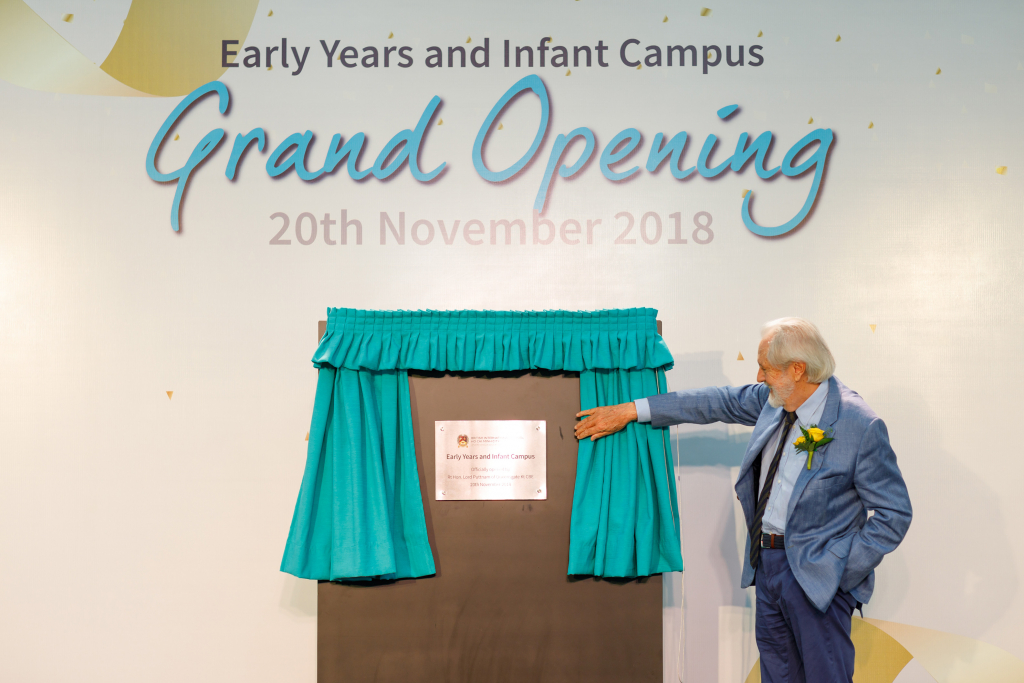 Lord Puttnam is a successful independent producer who has worked on a multitude of award-winning films, including The Mission, The Killing Fields, Chariots of Fire, Midnight Express, Bugsy Malone and Local Hero. Together these films have won ten Oscars, ten golden globes, twenty-five Baftas and the Palme D'Or at Cannes. Lord Puttnam retired from film production in 1998 to focus on his work in public policy as it relates to education, the environment and the creative and communications industries. As a passionate advocate for education, he continues to teach in universities around the world.

‘After twenty five years working in various capacities in the field of education, I’m delighted to join Andrew and his colleagues in attempting to redefine what 21st century excellence in education can come to look like. It’s a really exciting challenge,’ said Lord Puttnam.

Before revealing the official plaque to commemorate the opening of the campus, Lord Puttnam was taken on a tour of the school and during his ceremonial speech made reference to what he had seen: ‘This is, without any doubt – and I say this to all the young people here – this is the finest teaching and learning environment I have ever experienced at early years in my life and I’ve been around the world many many times. I have never ever come across anything as exciting and as remarkable so you’re all getting the most fantastic opportunity to start your lives in a wonderful environment.’

British International School’s purpose-built Early Years and Infant Campus was specifically designed to allow children to learn directly from their environment, from other children and from their teachers. For the last few months, children up to seven years old have been doing just that, in a safe and nurturing space that allows them to play and explore.

If you would like to visit the school, they run group tours every Tuesday morning at 9.30am. Find out more http://bit.ly/BISGroupTour